Find us on Google+
BOYS & GIRLS CLUB OF EAST AURORA 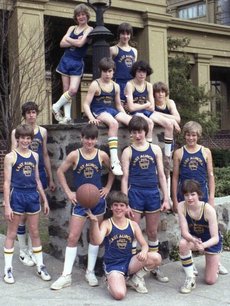 The Boys Club of East Aurora was founded in 1939, amidst the turmoil of a world about to plunge into World War II. Niles Barnum and Herman Fischer spearheaded a group of concerned citizens dedicated to creating a club for boys which would provide a wholesome place to go after school and perfect their athletic abilities while developing the necessary character to become well rounded citizens of the community.

The Club initially focused on athletics alone, but added programs such as arts & crafts, woodworking, billiards, and table games when it expanded its operations into the basement of the police station. Our first executive director was Robert Malvin, a family man from Syracuse. To say Robert Malvin was a positive influence on the boys in East Aurora would do a disservice to all the man was able to accomplish in the very short 2.5 years he was director.  He instilled in the boys a commitment to their community, and a duty to their country through the numerous activities and events he coordinated.

Legend in the community, H. Kenneth Whitney, "Whit" was an early Executive director, leading The Club until his retirement in 1968. He maintained a continuous record of growth that continues today. Whit inspired, mentored and guided thousands of youth during his time at the Club. His accomplishments and devotion to the needs of kids remains an inspiration to all who knew him. But mostly, he was a friend to every kid who walked through the Club doors. He is the namesake of our HK Whitney Heritage Club.

Over the years, The Club has expanded through adding a summer camp, Camp Ska-No-Ka-San, the construction of a new gymnasium, offices and locker rooms, and the addition of many programs through the years.

In 1979, the Boys Club established its Girls Division. Eventually in 1983, all girls programs were transferred to the Paine Street location, and then in 1984 the Club changed its  name to the Boys & Girls Club of East Aurora. We preceded the national movement's name change by six years!

We continue on the legacy of growth today under our Chief Executive Officer, Gary Schutrum, an alumnus of The Club.

What our Club Kids, Club Alumni and their parents have to say about BGCEA: